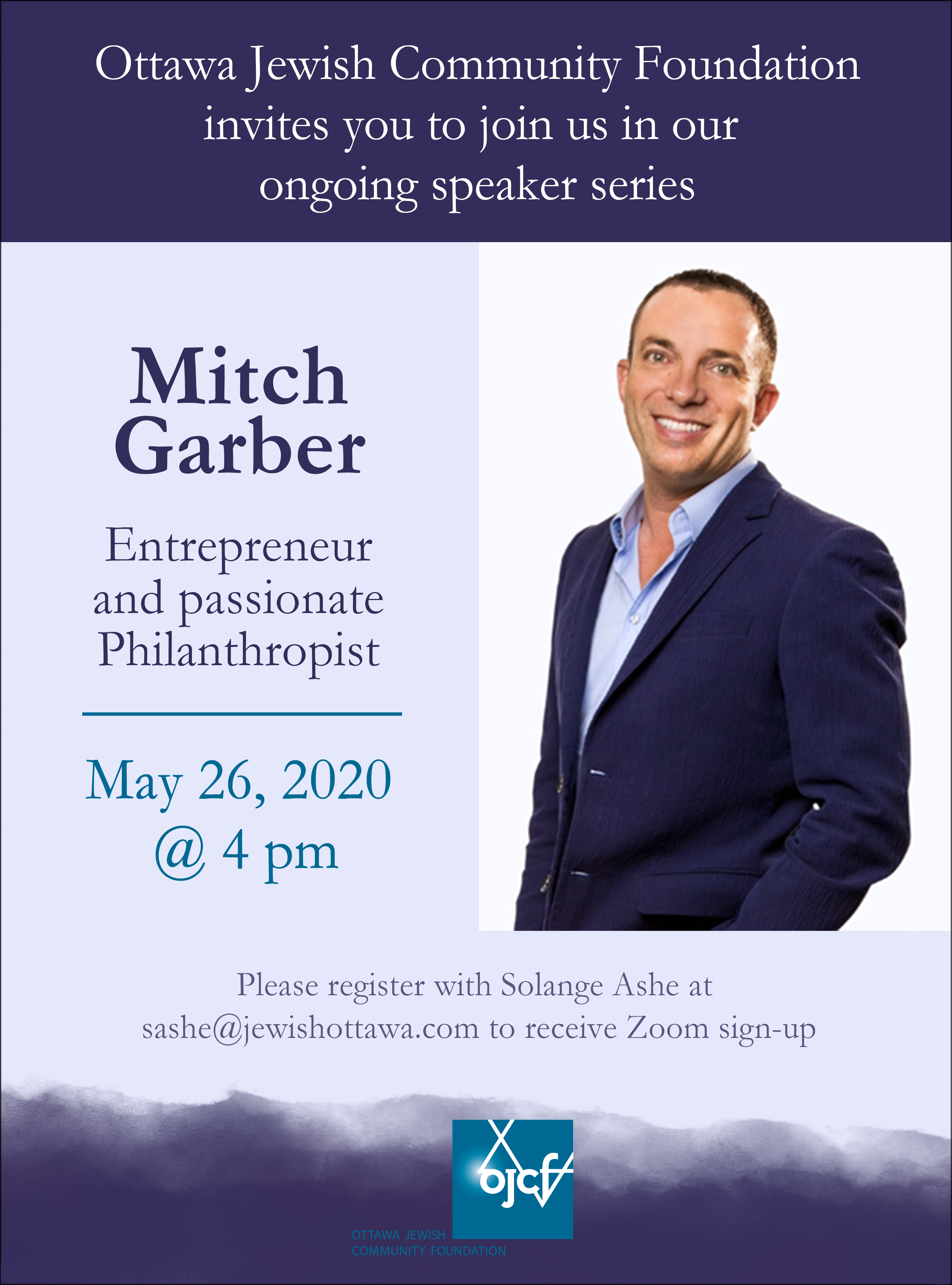 To register for the Zoom talk, kindly RSVP to Solange Ashe at sashe@jewishottawa.com.

Mitch Garber is an entrepreneur, business executive and philanthropist who is the current CEO of Caesars Acquisition Company, Caesars Interactive Entertainment, and the World Series of Poker as well as chairman of Cirque du Soleil.  Born in Montreal, he graduated from McGill University with a Bachelor of Arts, and then earned a law degree from the University of Ottawa.

He began work as a lawyer at the Montreal firm of Lazarus, Charbonneau. and soon launched himself into business and entrepreneurship, becoming a senior executive at SureFire Commerce Inc. (then called Terra Payments), an online payment processing company he helped create.

In 2006, he was recruited to become CEO of PartyGaming.  A few years later, he established a subsidiary for entertainment giant Caesars Entertainment, which he shepherded through a variety of timely acquisitions, until its sale in 2016. Today he is a minority owner and chairman of Cirque du Soleil and is an active private equity investor/board member in association with TPG and Apollo, two global private equity leaders.

He and his wife, Anne-Marie Boucher, a tax lawyer, are an enthusiastic philanthropic team. Among his philanthropic pursuits, Mr. Garber is the Chairman of the 2020 Combined Jewish Appeal campaign in Montreal. He  was Co-Chair of the 2016 $55 million Centraid (United Way) campaign in Montreal and chaired the annual fundraising events for the Montreal Museum of Fine Art, The Montreal Museum of Contemporary Art, The Goodman Cancer Centre, The Douglas Mental Health Institute, The Cummings Senior Citizens Centre & The St Mary's Hospital. He also supports Aleh Jerusalem and Aleh Negev hospitals in Israel. He also chairs the advisory board of the Faculty of Medicine at McGill University, where he and Ms. Boucher have established a post-doctoral fellowship grant in cancer research. For his ongoing service to others, Mr. Garber was recently named as a Member of the Order of Canada.

Read more about his passion for business, sports and Montreal here: https://themontrealeronline.com/2020/02/mitch-garber-successful-entrepreneur-philanthropist-and-passionate-montrealer/